Soul Ink, my Grimm Agency novella, releases Tuesday, January 26th! T0 celebrate, I’m giving away an ARC of Armageddon Rules and a $10 gift card! The giveaway is open folks in the US, since i have to mail an ARC to you. You can enter by following me on Twitter, tweeting about the giveaway, or commenting on the post.

Since I’m currently throwing a party for Soul Ink’s release, tell me about an awesome tattoo you have, saw…or why you’d never have one.

Scroll down to find the giveaway. 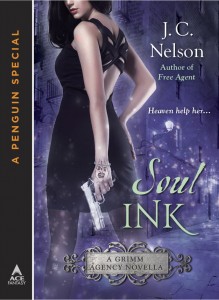